Although the tricolored blackbird is mentioned in several articles and books dating to the mid-19th Century, the first field work focussed on tricolored blackbirds was that conducted by Johnson Neff. Johnson Neff was a biologist who worked for the Bureau of Biological Survey, the forerunner of today's U.S. Fish & Wildlife Service. Neff conducted six years of field surveys (from 1931-1936), and additional banding of nestlings until 1940, to determine the status of the birds in the Central Valley after widespread reports of the birds' disappearance from coastal locations and a sense of concern for the future of the species. Neff's work was primarily focused on the Sacramento Valley, but he also worked, in conjunction with other state and federal biologists and volunteers, at sites in the San Joaquin Valley and in southern California.

After 1940, perhaps in response to Neff's finding of fairly large numbers of remaining birds (e.g., 282,000 nests at one site in Glenn County in 1934), there followed a 20+ year period of relatively little research into tricolored blackbird status and biology.

In the 1960's, two then-graduate students from U.C. Berkeley, Gordon Orians and Robert Payne, conducted seminal research on blackbirds, including tricolors, that focused on behavior and adaptations for marsh nesting (Orians) and reproductive physiology (Payne) and helped to provide an ecological and evolutionary context for tricolor breeding, food preferences, and habitat selection and compared and contrasted tricolors with other blackbird species.

In the late 1960's, Frederick Crase, a Bureau of Reclamation biologist, and Richard DeHaven, who worked for the U.S. Fish & Wildlife Service, began working on the tricolored blackbird and studied food habits, habitat relationships, population status, and movement patterns. This work was described in a number of publications from the mid-1970's until the late 1980's (see Tricolored Blackbird Literature on the About menu). This work confirmed the continuing decline in the number of tricolored blackbirds and highlighted the dependence of food supplies, especially insect abundance, on colony productivity, and suggested that otherwise apparently suitable nesting sites might be abandoned if surrounding foraging habitats were not sufficiently productive or extensive.

In the 1980's Edward C. (Ted) Beedy began field investigations of tricolors with an emphasis on both the estimation of the abundance of the species and on the factors responsible for the observed nesting failures of colonies in the Central Valley. Shortly thereafter, William J. (Bill) Hamilton III began his field investigations. Bill Hamilton's work was to continue uninterrupted for 13 field seasons, through 2005, and covered a wide range of topics, including population estimation (Beedy and Hamilton suggested using volunteers to conduct a statewide survey in a 3-day interval in April to best estimate the global population of the species), productivity estimation, foraging ecology, and the phenomenon known as "itinerant breeding", whereby individuals breed once in one location and then fly northward to a different location to breed again. Beedy and Hamilton wrote the original Birds of North America treatment of the tricolored blackbird (Beedy and Hamilton 1999).

In 2005 Bill Hamilton's colleague at U.C. Davis, Bob Meese, began his studies of the birds.  These efforts included the development of a novel survey design that used dairies as surrogates for potential colony locations in the San Joaquin Valley that resulted in the detection of over 80 previously unknown colony locations, the development of the Tricolored Blackbird Portal, and the design and fabrication of traps in support of his banding of birds that as of summer, 2021 has resulted in the banding of over 104,000 and the recapture of 2,900 tricolors.  Bob Meese maintains the Portal, hosted by U.C. Davis, and has served as Statewide Coordinator of the 2014 and 2017 Statewide Surveys.

Efforts to conserve tricolored blackbirds include:

A major component of efforts to monitor trends in the distribution and abundance of tricolors is the Triennial Tricolored Blackbird Statewide Survey. The statewide survey was pioneered by Ted Beedy and Bill Hamilton in the 1980’s as a means to obtain an estimate of the number of tricolors throughout California. The statewide survey, which typically occurs over 3 days in mid-April, is a volunteer effort with participants from all over lower elevation regions of California and is directed by a statewide coordinator and implemented by county coordinators who are local experts that assemble the teams that conduct the survey.

The statewide survey occurs every 3 years and documents both presence and absence, along with an estimate of the number of tricolors and characteristics of occupied sites. The statewide survey provides current, reliable information on the numbers and distribution of tricolored blackbirds throughout California and a means to document trends in the population over time and complements more intensive field efforts that provide insights into the factors causing the recent severe population decline.  The most recent Statewide Survey was conducted in April, 2017 although a Southern California Survey was conducted in April, 2021.  The Statewide Surveys scheduled for 2020 and 2021 were postponed due to the pandemic and pandemic-related restrictions on travel. 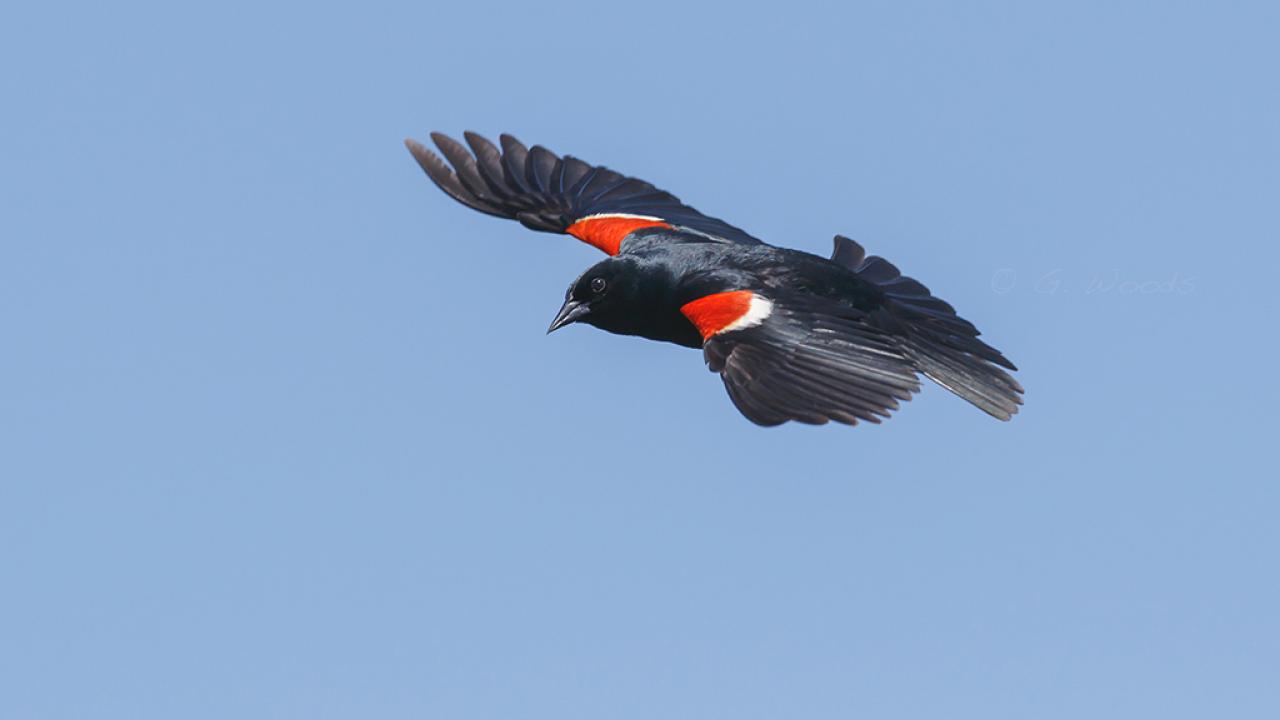 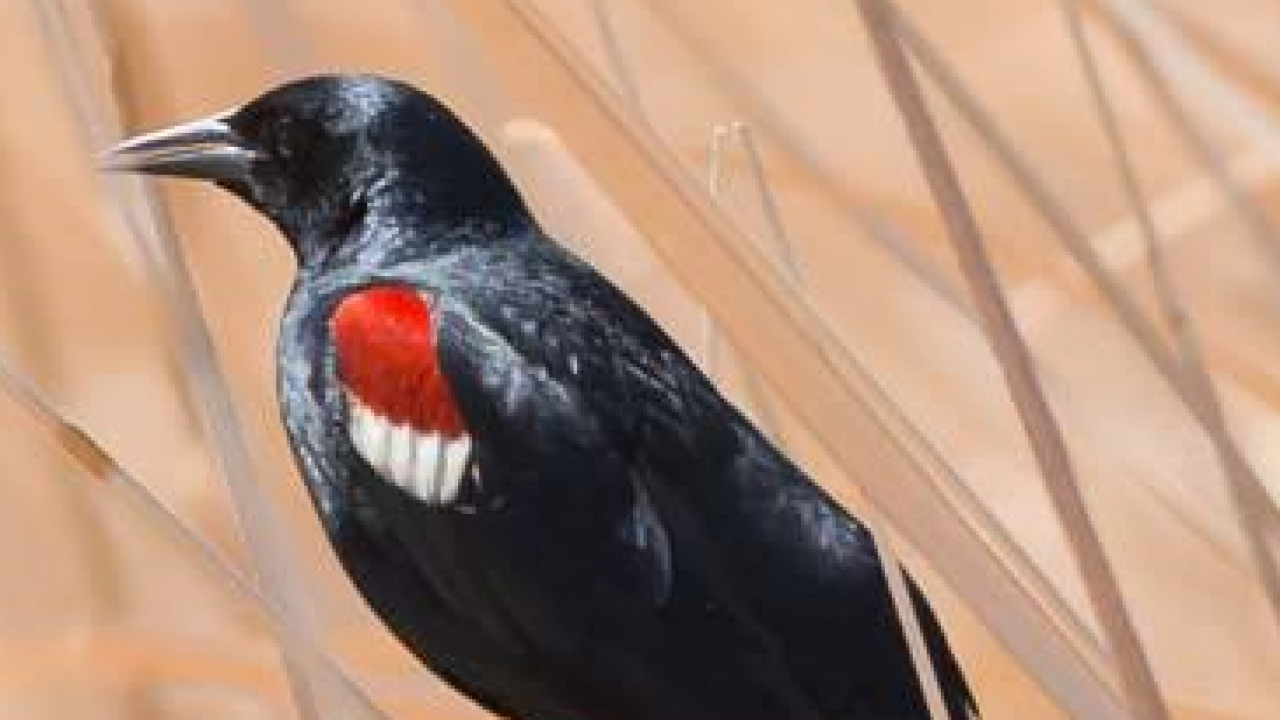